The Public Loves You!

Really, they do, and there is data to prove it.  While most of us in public education in Michigan rarely hear any positive local or national news coverage on public education, polling data would suggest the public does like the job we are doing.  What do I mean?  Check out this data from the 50thannual PDK Poll of the public’s attitude toward the public schools:

“The 2018 PDK poll repeated its long-standing practice of asking Americans to assign A-Fail grades to the public schools.  As in past years, parents rate their own children’s schools quite highly – 70% give them an A or B grade.”

That’s right, 70% of parents gave their school an A or B grade.  Not bad!  In the same poll, respondents were asked what was the biggest challenge facing schools?  While in the 70’s, 80’s, and 90’s it was lack of discipline and use of drugs; for the past 17 years it’s been “lack of financial support”.  Now that is something I think all of us can relate to! Here is the chart: 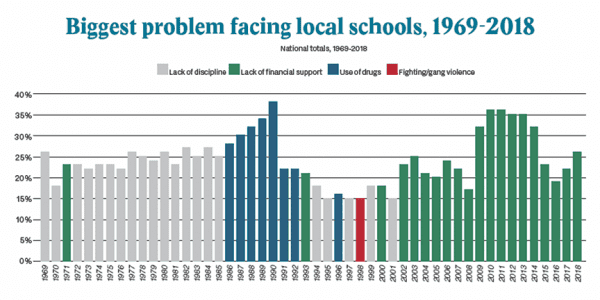 While on the topic of school funding, how about one more piece of compelling data, this one being closer to home.  A recent poll by Greenberg Quinlan Rosner of Michigan 2018 general election voters found 60% of them support a $1,500 per pupil increase in funding while only 27% disapproved.  That is great news, as one would think they wouldn’t support a cause they didn’t think was doing a good job. Here is the chart: 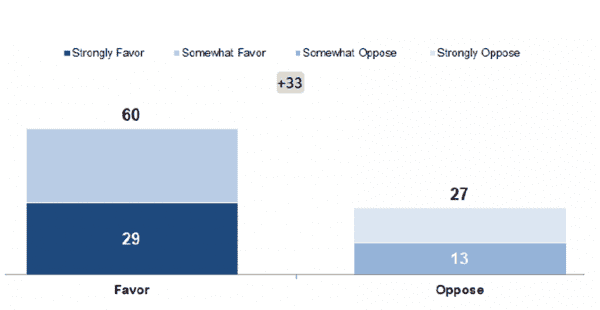 Let me get this straight…70% of parents give their school an A or a B, lack of funding is the biggest problem facing schools, and 60% of Michigander’s support $1,500 more per pupil.  I think people do love you!  So, the next time you hear someone tell you the public doesn’t support public education, just do as I do and tell them that must be “fake news.”